“It is a deal for a brighter future, which enables us to seize the opportunities that lie ahead”

Theresa May said Britain's leaving the EU would trigger a moment of "renewal and reconciliation," allowing the Government to focus on the economy, the NHS and other "burning injustices" in British society.

May's 800-word letter, published by 10 Downing Street, is the Conservative leader's latest attempt to speak directly to the British public as she tries to build support for her Brexit deal.

She insisted the Withdrawal Agreement and Political Declaration which is set to be agreed by EU leaders in Brussels today "will honour the result of the referendum" held in June 2016.

Her deal will allow the UK to "take back control" of its money, laws and borders, she insisted. 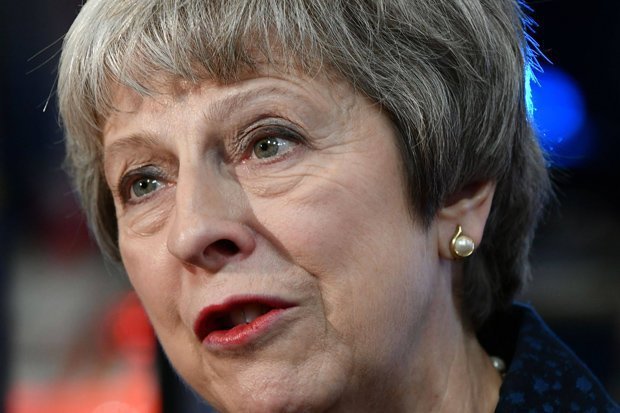 LETTER: PM Theresa May has begged the British public to accept her Brexit deal (Pic: GETTY)

APPEAL: Theresa May shared her letter to the nation on Twitter (Pic: TWITTER/10DOWNINGSTREET)

"It is a deal for a brighter future, which enables us to seize the opportunities that lie ahead," she said.

Some prominent MPs have spoken out in support after May published her letter on Saturday evening.

Minister for Sport, Civil Society and Loneliness Mims Davies said it was "time to unite and progress".

She tweeted: "Let's not focus on a divide, use incendiary language, argue more than we look for common ground."

ROCKY ROAD: Gibraltar is one of the main sticking points in Brexit negotiations (Pic: REUTERS)

But critics of Brexit have slammed the deal.

Welsh Labour MP Stephen Doughty — who supports a People's Vote — fired back on Twitter: "No thanks. Not buying it."

He went on: "Let's have a People's Vote instead to let the people of this country have a final say, with the option to stay."

Even Tory MPs have openly attacked the letter.

REMAIN: Tory MP Sarah Wollaston was one of the letter's critics (Pic: GETTY)

Sarah Wollaston rejected May's claim that her deal was for "a brighter future".

"Not a brighter future, just dimmer and diminished. There is no valid consent to this deal without a #PeoplesVote," she tweeted.

It comes a day after May vowed to "stand by" Gibraltar after claims she caved into Spanish demands over the British territory.

The PM has had a tough week after ex-Brexit secretary Dominic Raab attacked the deal as "worse than staying in the EU".