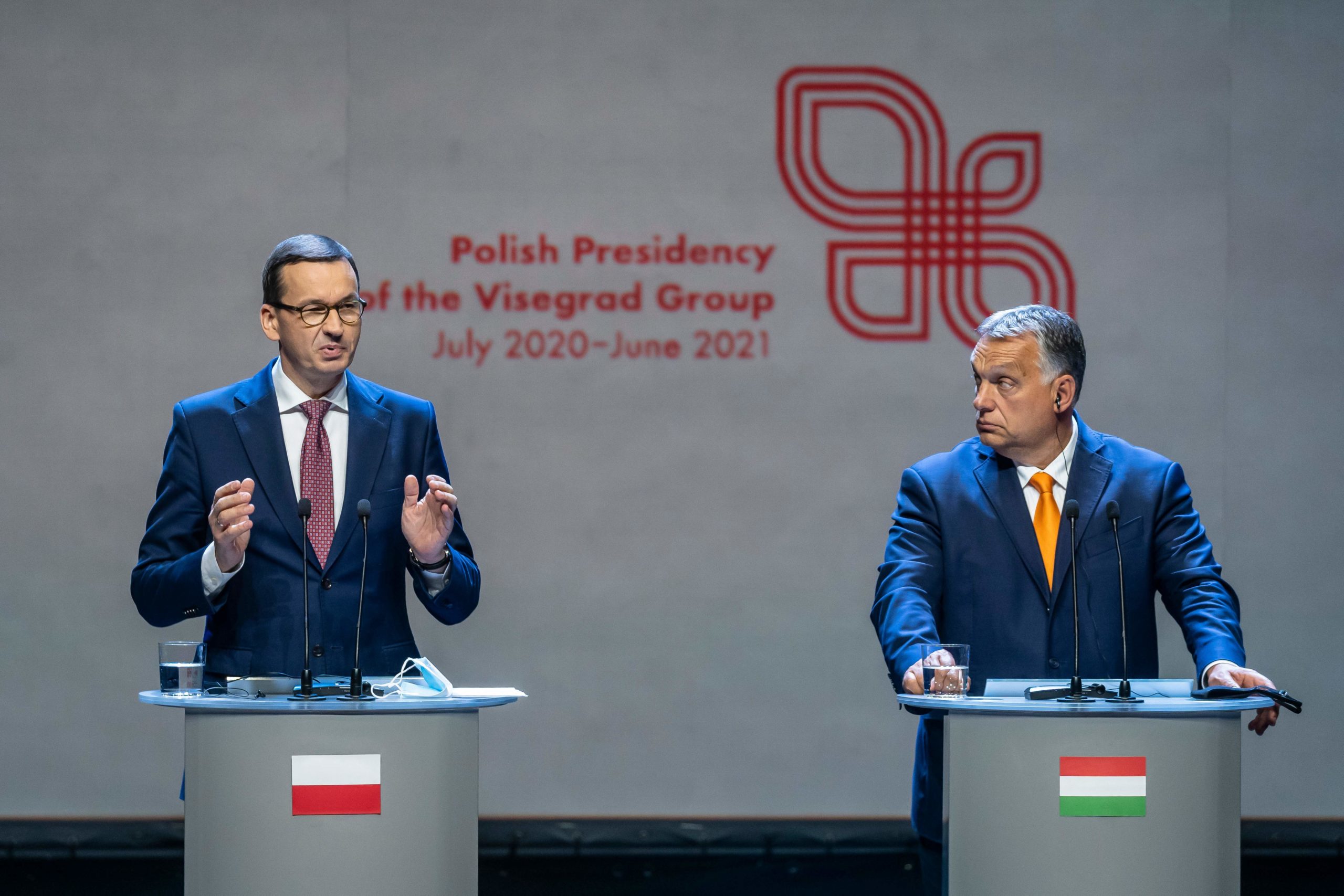 Poland joined Hungary on Friday in threatening to block the EUs historic €1.8 trillion budget and coronavirus recovery package, fearing that the European Parliament and other EU nations will impose conditions that deny access to funds for countries that violate the rule of law, diplomats said.

Hungary, which like Poland has been accused by Brussels of violating the rule of law and fundamental principles of democracy, issued a similar threat earlier this month.

The blocking threats were widely expected, but nonetheless put Warsaw and Budapest at risk of being portrayed as trying to obstruct emergency money amid the economic shock of the pandemic.

It will now be up to the German presidency of the Council of the EU, and Chancellor Angela Merkel, to negotiate some sort of compromise.

While all 27 EU heads of state and government approved the budget and recovery package at a summit in July, national parliaments must still ratify the budget and a so-called Own Resources Decision, which provides the EU with legal guarantees from its member countries regarding budget revenues.

While Hungarys initial threat was focused on withholding ratification by its national parliament, EU diplomats said the threat issued by Poland and Hungary on Friday was to stop the Own Resources Decision …

The Own Resources Decision, which also requires unanimous approval in the Council, is needed to create new revenue streams for the Multiannual Financial Framework, the blocs seven-year budget blueprint, as well as to launch the €750 billion recovery fund.

At the European Council summit in July, the 27 heads of state and government fudged an agreement on plans to link EU funding to respect for certain rule-of-law criteria amid strong opposition from Hungary and Poland.

After the summit, Council President Charles Michel declared triumphantly that he had succeeded in ensuring there would be strong rule-of-law protections as part of the package. But Hungarian Prime Minister Viktor Orbán and Polish Prime Minister Mateusz Morawiecki also claimed victory, saying the wording had been softened enough to give them the ability to veto any proposed regulation.

While Hungarys initial threat was focused on withholding ratification by its national parliament, EU diplomats said the threat issued by Poland and Hungary on Friday was to stop the Own Resources Decision at an earlier, procedural stage by blocking its approval in the Council.

In her State of the European Union speech this week, Commission President Ursula von der Leyen spoke about a link between the rule of law and the budget package, but she focused mainly on preventing fraud, corruption and conflict of interest — rather than suggesting that funds might be blocked for countries that violate the EUs broader, fundamental principles.