MPs have called on the government to put pressure on China to respect the rights of Hong Kong protestors as demonstrations against proposed law changes grew violent.

Police have fired tear gas and rubber bullets at protestors, who fear that the law, which would allow extradition to mainland China, could target political opponents of Beijing and undermine the principle of “one country, two systems” that has allowed Hong Kong to have its own laws.

The system, which was enshrined in the Sino-British joint declaration that guaranteed sovereignty to China in 1984, also promised that the way of life in Hong Kong would remain unchanged for at least 50 years.

David Davis MP told City A.M: “We need to be pressing the Chinese government to stand by the terms of the original deal. This is a clear breach of those terms. The Chinese can come up with sophistries of all sorts but one country, two systems was set up to protect freedom and civil rights in Hong Kong.

“Using teargas against protestors in not what a modern civilised country should do. The more powerful and the more strong a country is, the more they need to be stood up to. This is a good example of that.”

The law – a vote on which has been pushed back – would permit extradition requests from authorities in mainland China,Taiwan and Macau for those accused of crimes such as rape and murder.

Critics fear that such a change would diminish the citys judicial independence and expose its citizens to Chinas very different justice system.

Foreign secretary Jeremy Hunt said earlier today that the protests in Hong Kong were a “clear sign of significant public concern” about the proposed changes to the law. 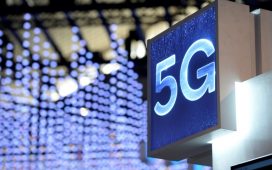