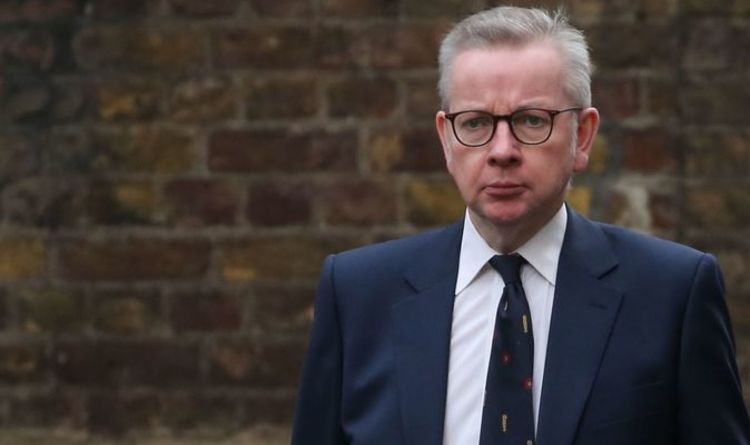 MICHAEL GOVE will appear before the House of Commons this afternoon to update MPs on the latest round of post-Brexit trade talks with the EU.

Michael Gove, the Chancellor of the Duchy of Lancaster, has been summoned to the Commons by his opposite number, Labour’s Rachel Reeves. The leading Government minister will face questions on how the latest round of Brexit talks went, after Britain’s chief trade negotiator warned the Cabinet the crunch talks are headed for collapse. Mr Gove, who is due to appear before the Commons after 1pm, will also publish the UK’s draft negotiation texts.
[contfnewc]

The third round of post-Brexit trade talks with the EU concluded on Friday, after which the Government said “very little progress” had been made.

Michael Gove said the fault lies with the EU, who need to show greater flexibility.

But the EU’s chief Brexit negotiator Michel Barnier has said the opposite – and branded the UK’s demands as unrealistic.

Mr Gove said there is a “big philosophical difference” between the two sides, with the bloc being too rigid in its demands.

He said the EU wants the UK “to follow their rules even after we have left the club”.

One of the major sticking points appears to be over the bloc’s access to Britain’s fishing waters.

Speaking on the Andrew Marr Show, Mr Gove said: “They [the EU] want to have the same access to our fish as they had when we were in the EU.”

As a result, he challenged the bloc to show “a little bit of their fabled flexibility”.

But Mr Barnier has warned the UK cannot have “the best of both worlds” and revealed he was not optimistic a deal could be reached before the end of the year when the Brexit transition period is due to end.

The UK Government has so far ruled out extending the transition period, despite calls to consider such a move.

David Frost, who head’s ‘Taskforce Europe’, has warned Boris Johnson’s cabinet that time is running out.

He told ministers to “take the moral high ground” in the face of EU stubbornness and said preparations should be made for a no deal exit.

If progress has not been made at the conclusion of the next round of post-Brexit talks, due to be held in under two weeks, the UK could threaten to abandon the negotiations.

A senior Government source told The Mail on Sunday: “Breakdown is entirely possible.”

The Labour Party has urged the Government not to rush a deal with the EU.

Ms Reeves said her party “absolutely do not want” to end the year without a deal having been reached.

She told Sky News: “The last thing our country and our economy needs at the moment is a further shock that could put jobs and livelihoods at risk.”

MPs from other opposition parties, including the SNP, Lib Dems and the Green Party, have written to the EU in support of an extension to the transition period.

The letter addressed to Mr Barnier, said there was “significant opposition to the UK government’s extreme position”.

It added an extension would: “Enable these detailed and defining negotiations to be conducted at a time when, we hope, the efforts of national governments and the European Union will not be engaged solely with dealing with the dreadful COVID-19 epidemic.”
[contfnewc]
[contfnewc]
[contfnewc]