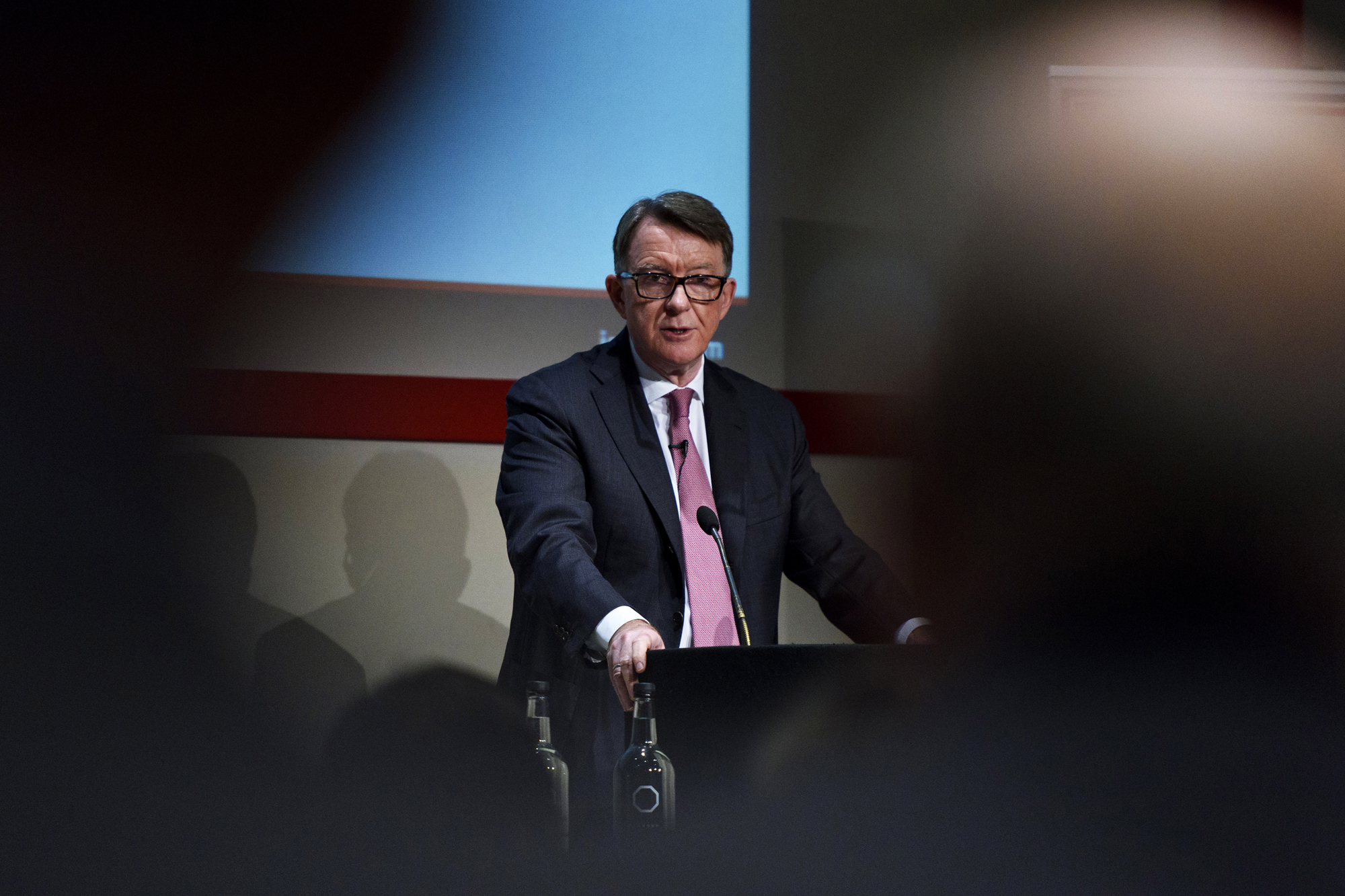 Peter Mandelson, the former EU trade commissioner and British ex-minister, has declared his interest in becoming the next director general of the World Trade Organization and called for an overhaul of its rulebook.

Asked in an interview for POLITICOS EU Confidential podcast if he was interested in the post, Mandelson said, “Yes I am. And let me explain why. I think that the WTO has reached a fork in the road. I think its on its knees.”

The WTO job is up for grabs at a crucial moment after incumbent Roberto Azevêdo of Brazil announced he would step down in September, a year before the end of his term. The Geneva-based organization has been paralyzed by a trade war between the United States and China and struggled to assert itself during the economic turbulence triggered by the coronavirus.

Mandelson said he had had discussions with ministers about potentially being Britains candidate but acknowledged that as a pro-EU former Labour minister, he may not be an easy fit with the current Conservative government.

“I care about the European Union and for some in the British government, I think that may be a problem. Others, on the other hand, you know, see me as qualified and would regard it as quite a step up for their ambitions to create a Global Britain, if they are able to fill a job like this with a British citizen,” he said.

Some in the British government have indicated nationality may not be a big factor in deciding who the U.K. supports, with policy positions seen as more important.

Among others who have expressed an interest in the post are current European Trade Commissioner Phil Hogan and Nigerian former Finance Minister Ngozi Okonjo-Iweala, who has already been nominated by her government. Mexico has also nominated a candidate, Undersecretary of Foreign Relations for North America, Jesús Seade. Kenyas former Trade Minister Amina Mohamed has been touted as a contender too.

Mandelson said the WTO “has got to be picked up and put back on its feet.”

“This is a job for a practiced politician, not a diplomat or a technician. It might be the WTO needs to be saved from, well, from collapsing under the weight of its own cross-cutting interests and its own contradictions,” he said.

“It needs a sense of direction. I think there are a few people who could provide that. I would like to think that I am one of them.”

Mandelson was the EUs trade commissioner from 2004 to 2008 and also held a variety of ministerial posts in British Labour governments. He is now chairman of strategic advisory company Global Counsel, which he co-founded.

Mandelson said the WTOs recent troubles were not so much about the organization itself as about the rules it is trying to uphold. He said those rules need Read More – Source
[contf]
[contfnew]