General Election in WEEKS: DUP pull plug on Government losing May her majority

After keeping Theresa May in Downing Street since the last election, and supplying the 10 votes needed to give her a Commons majority, the DUP has given her the cold shoulder.

The Northern Irish party's deputy today savaged the PM saying he did not want to rehearse the previous promises that Mrs May had made to the Commons, the country and the DUP in private about her plans.

“I fear it would be a waste of atime, since she clearly does not listen,” he said to gasps in the Commons, saying Britain would in future be subject to the "rules and laws of others".

Without a working majority, Mrs May will struggle to lead a functioning government even if her maligned Brexit deal passes through Parliament, which seems unlikely.

A General Election would almost certainly follow to break the impasse.

Nigel Dodds told the Prime Minister this morning the threat of breaking up the union was clearly an important factor in their decision, but listing the PM's promises on Northern Ireland back to her would b a "waste of time".

He said: "We stand up for the whole of the UK, the integrity of the UK or we vote for a vassal state with the break up of the UK."

The DUP's Brexit spokesman Sammy Wilson said the deal was a case of "Northern Ireland being put on a platter as an object to surrender to the EU".

PRIME MINISTER: Can Theresa May survive this latest rebellion over Brexit? (Pic: PA)

But Mrs May insisted "we are preserving the integrity of the United Kingdom", adding: "The backstop is something which nether side, neither the United Kingdom nor the European Union, wish to ever see being exercised."

In talks yesterday with DUP party leader Arlene Foster, Mrs May was told: “there will be consequences" for a Commons vote on her deal.

The DUP is fuming with the text of the withdrawal Brexit deal, which leaves the option of Northern Ireland being treated differently to the rest of the UK if no long-term Brexit agreement is sealed.

Today, Mrs May is facing a Brexit crisis as four ministers – including two Cabinet members – have resigned in protest over the deal agreed during a five-hour session at Downing Street. 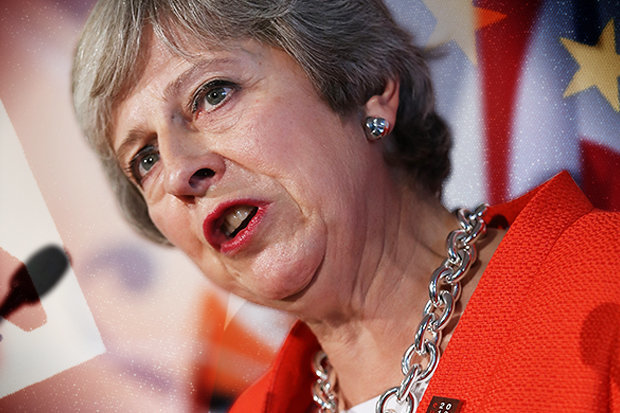 GENERAL ELECTION: A General Election could be on the cards in a matter of weeks (Pic: GETTY)

Esther McVey, the work and pensions secretary, and Dominic Raab, the Brexit secretary, have led resignations which could scupper Mrs Mays future as Prime Minister.

Parliamentary aides Ranil Jayawardena and Anne-Marie Trevelyan have also quit as crisis rocks Number 10, with Conservative vice-chair and the PM's Pakistan envoy Rehman Chishti quitting both roles in response to the deal.