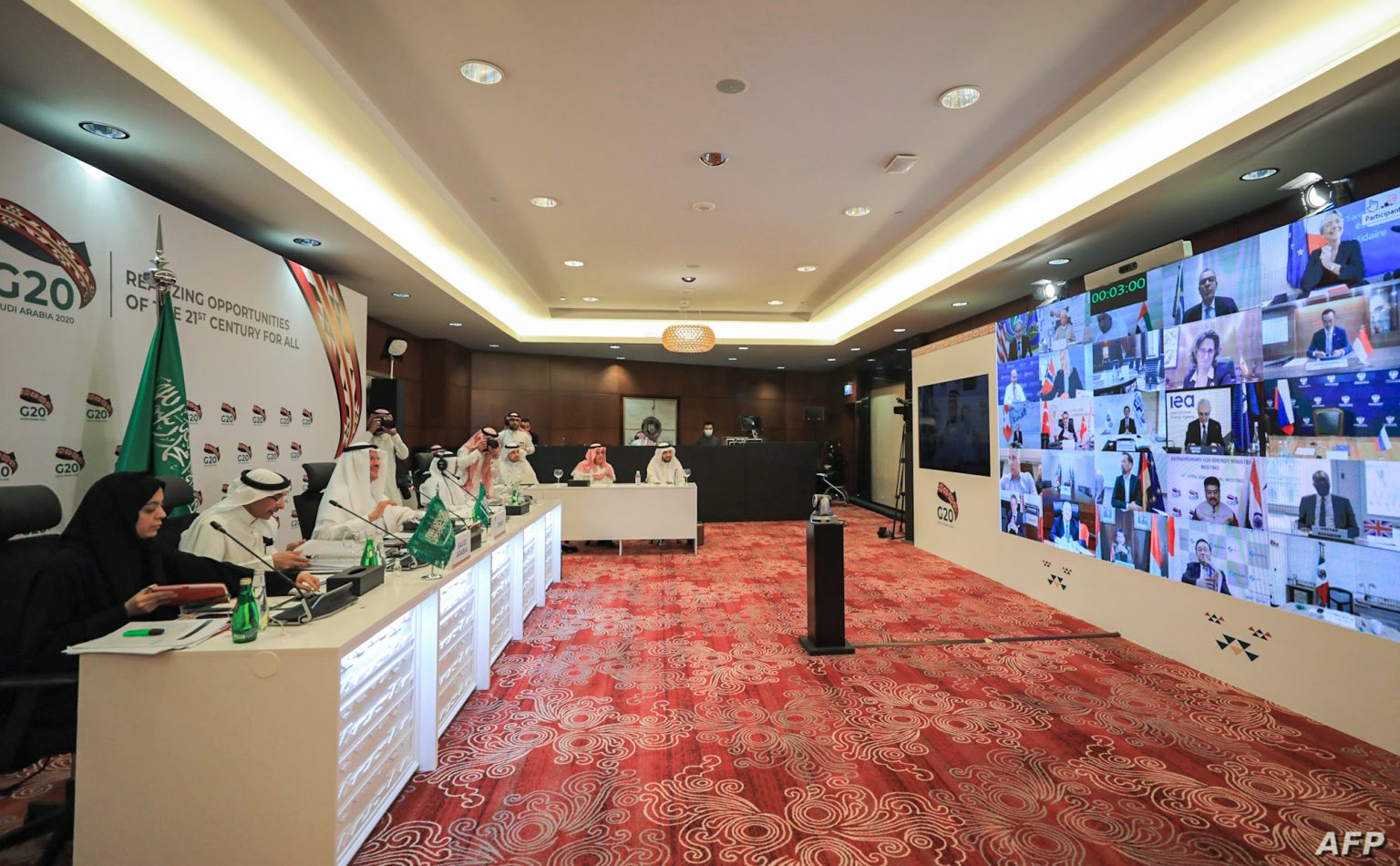 The finance officials and central bank governors of G20, the world’s major economies, on Wednesday agreed on a proposal to boost the resources of the International Monetary Fund (IMF) by $650 billion, a draft final statement revealed.

The draft clarified that the upcoming decision aims to strengthen the resources of IMF to provide assistance to countries affected by the COVID-10 pandemic repercussions.

World’s top financial officials pledged to combat protectionism in international trade, which was abandoned at the insistence of the administration of former US President Donald Trump, in March of 2016, the draft said.

In another context, the draft included strongly-worded warnings about combating climate change, unlike the tone used in the G20 statements during the Trump presidency.

The draft indicated a tendency to extend freezing debt payments of the most affected countries for one last time (until the end of 2021) to preserve funds for measures to mitigate the pandemic repercussions.

The period of freezing debt payments ends on the 13th of this month.

Exemptions will be granted to 28 countries considered the poorest in the world, through debt service payments due between April 14 and October 15 of this year, with a value of $238 million according to the Catastrophe Containment and Relief Trust (CCRT).

The meeting comes on the sidelines of the Spring Meetings of the International Monetary Fund and the World Bank.

Kristalina Georgieva, President of IMF, said that the richest countries should ensure that the lowest-income countries receive anti-COVID-19 vaccinations for the benefit of all.

Extending the debt payment freeze through year-end would save even more money that countries could use to combat the COVID-19 pandemic and support their economies, Malpass told reporters, but gave no specific estimate.

Malpass said on Monday he expects China, the United States and other Group of 20 major economies to extend a freeze in bilateral debt service payments through the end of 2021 when they meet this week.

In turn, the French Finance Minister, Bruno Le Maire, indicated that a global agreement on cross-border taxation has become within reach.