Former Sen. Tom Coburn of Oklahoma was known among journalists and colleagues in the Senate and the House of Representatives as “Dr. No,” thanks to his indefatigable opposition to wasteful spending and bloated government. He left the Senate in 2014 but continued his battle whenever his health allowed it.

Late Friday night, the 72-year-old Oklahoma Republicans fight against the prostate cancer that invaded his body and ended his congressional career in 2013 came to an end.

“Because of his strong faith, he rested in the hope found in John chapter 11 verse 25 where Jesus said, I am the resurrection and the life. The one who believes in me, will live, even though they die. Today he lives in heaven,” the Coburn family said in a statement released to The Oklahoman newspaper.

Coburn served three terms in the House after being elected in the Republican “Contract with America” revolution that swept in the first GOP congressional majority in 40 years in the 1994 congressional election.

Coburn, after being elected to the Senate in 2004, came to national attention in 2005 when he exposed the infamous “Bridge to Nowhere” in Alaska, a $250+ million boondoggle to build a bridge connecting an island with 50 residents to the mainland.

Every month thereafter, Coburn released a list of costly examples of waste and fraud dug up by a talented staff of bureaucratic sleuths, led by Keith Ashdown, then-staff director for Coburn on the Senate Homeland Security and Government Affairs Committee.

Coburns most lasting achievement is likely to be the “searchable google-like web site accessible to any citizen with a computer” known today as USASpending.gov.

The site, which provides documents about 70 percent of all federal spending, was created in a joint effort between Coburn and then-Sen. Barack Obama (D-IL), who was a close friend of the conservative Oklahoman despite their many ideological disagreements.

That Coburn was liked and respected across the partisan aisle in Congress was a testimony to his blunt honesty about the failures of both political parties to control federal spending and restrain the growth of the federal government.

Tributes began as soon as the news spread late Friday of Coburns passing, especially from staffers who worked with him over the years who remained intensely loyal after his retirement.

“I was raised by a single mom. The closest thing I had to a father figure in my life passed away this morning,” Ashdown said in a statement released to The Epoch Times by John Hart, Coburns former communications director.

“Senator Tom Coburn was a great lawmaker and even a better man. Working for him was one of the greatest honors of my life,” Ashdown said.

Hart also praised Coburn for his political courage and wisdom, as well as his character, telling The Epoch Times Saturday that “his family came first, and our hearts break for their loss. But those of us who had the joy and privilege of working with him were all his adopted sons and daughters.

“He made room in his heart for all of us and we kept in close touch with him until the end. He would always find time to challenge, encourage, correct and guide us. He touched us all deeply and gave us a gift that has blessed our lives and families beyond measure.”

Vice-President Mike Pence, who served with Coburn in the House, tweeted a tribute Saturday morning, saying “Senator Tom Coburn was a great conservative voice in the United States Congress and American physician whose legacy will live on. Karen and I send our deepest sympathies and prayers to his family during this tough time.”

FBI Says Its Top Lawyer Is Leaving the Bureau 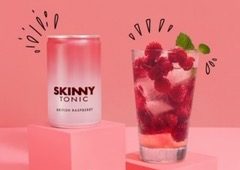