PHNOM PENH — Cambodias strongman leader Hun Sen, a battle-hardened veteran of the Khmer Rouge, faces one of the toughest fights of his long political life this week in Brussels.

Against a softly spoken Swedish liberal.

European Trade Commissioner Cecilia Malmström is threatening to strip Cambodia of its preferential terms of trade with the EU over what is widely seen as a rapid deterioration of human rights in the Southeast Asian nation, including a steady suffocation of the opposition and free press.

Hun Sen, a canny ex-guerrilla who lost an eye in combat and has dominated national politics for over 30 years, arrived in Brussels on Thursday with 40 percent of his exports lying squarely in the EUs sights. Cambodias main fear is that the EU crackdown could deliver a devastating blow to the all-important textile and rice industries.

A decision to turn the screws on Phnom Penh would mark just the fourth time the EU has implemented trade sanctions for human rights reasons — Myanmar, Belarus and Sri Lanka having been downgraded in the past.

In total, EU tariffs would affect 40 percent of all of Cambodias exports, incurring a cost of $676 million, according to government estimates.

On Friday, Hun Sen is invited to meet the EUs foreign affairs chief, Federica Mogherini, who wants to raise Europes long-standing rights concerns. The mechanics of the trade relations with the EU will be handled by Sok Siphana, one of his most trusted advisers, as well as several business leaders from the Cambodia Chamber of Commerce.

There is every sign that Hun Sen will make a public show of strength, and only make discreet concessions later. Last year, shortly after a furor over his move to declare a rival party illegal, he even publicly dared the European Union to sever the preferential trade access. “Cut it!” Hun Sen said in a speech, declaring that he would not become a “dog acting only for a bone or a piece of meat.”

Its a high-stakes gamble for Hun Sen. While increasingly authoritarian, he can still command a powerful support base because the country has experienced strong economic growth over the past 20 years.

But many boom businesses have relied on exports. Taking away Cambodias duty-free trade access would send tariffs on garments such as anoraks up to 12 percent, allowing countries like Bangladesh and Liberia to sweep in and take its place in the market. Products such as the €154 million worth of milled rice sent to the EU from Cambodia every year would also be affected, to the delight of rice producers in Italy.

In total, EU tariffs would affect 40 percent of all of Cambodias exports, incurring a cost of $676 million, according to government estimates. In 2017, Cambodia exported €5 billion worth of goods to the EU, the vast share of which consisted of garments, footwear and agricultural products such as rice.

It seems unlikely that Hun Sen will fall fully into line during his trip to the EU-Asia summit taking place on Thursday and Friday. Analysts and officials in Cambodia and Brussels say he has another option: China, whose government has channeled billions in development aid and investment into the country in recent years, always with no strings attached.

“Ive talked to people within the government, and they seem to think China has made a promise to replenish whatever sanctions hit Cambodia,” said Ou Virak, a Cambodian-American economist who runs the Future Forum, a Phnom Penh-based think tank.

Last week, Cambodia released a statement calling the EUs trade threat “an extreme injustice” and accused Brussels of a “lack of transparency” in reaching its “prejudicial decision” on the countrys rights record. The EUs “silent and open support of undemocratic and illegal acts of groups protected by some European elements clearly go far beyond the limit of reason,” it said.

Hun Sen himself used even more strident language, telling an audience of Cambodian students in Japan that he would never “bow down to foreigners in exchange for assistance.” Tellingly, bilateral meetings scheduled during his stay in Brussels include those with Russias Prime Minister Dmitry Medvedev and Hungarian Prime Minister Viktor Orbán.

EU officials, who spoke on the condition of anonymity, said Europe is already drafting the legislation needed to take away Cambodias duty-free trading privileges under the Everything But Arms program. A decision to withdraw Cambodias EBA status could be just months away and would not need any approval from member countries, they said. 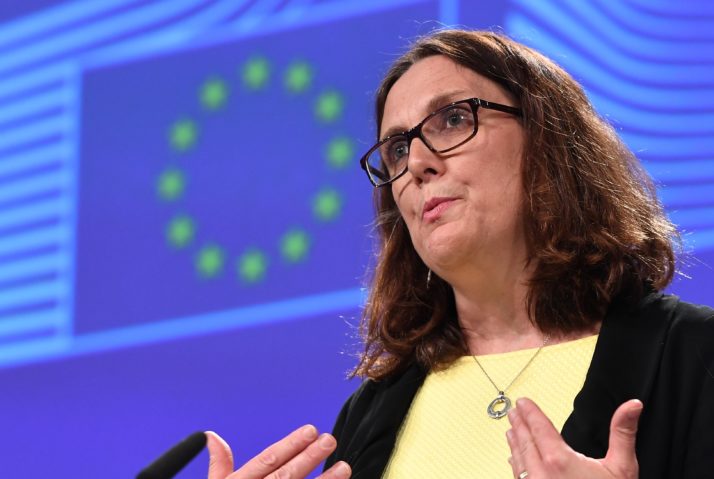 “We are approaching the end of the road with Cambodia when it comes to triggering the withdrawal procedure,” said an EU diplomat briefed on the matter. “If not, in the coming weeks the formal process will start. This is not an empty threat or us barking a bit louder.”

The official said the EU expects Cambodia to not only release Hun Sens main rival, Kem Sokha, from house arrest but also row back moves to shut down the free press.

The Cambodian government did not respond to repeated requests for comment. Phay Siphan, a government spokesman, told the Phnom Penh Post that the EU has based its findings on incorrect U.N. and international reports. “They do not reflect the reality in Cambodia,” he said. He warned that if the measures were implemented, “its the Cambodian people who will be affected.”

Malaise along the Mekong

The immediate trigger for the European announcement was the massive crackdown on Hun Sens opponents in Cambodia that occurred in the lead up to the July 2018 national election.

Facing the prospect of a humiliating loss, Hun Sen declared his primary political opposition illegal and had his main rival, Kem Sokha, arrested and spirited away to a remote prison on the Vietnamese border. He has also banned over 100 other opposition members from politics, shut down independent newspapers and threatened or jailed human rights workers.

The European Union has been under pressure from human rights groups to remove Cambodias EBA preferences for a decade, ever since the trade status helped Hun Sens long-time associate Ly Yong Phat become a sugar baron, kicking thousands of farmers off their land and then hiring their children as low-paid underage laborers on sugarcane plantations. Numerous officials and reports from the U.S., EU and rights groups have stressed the Ly Yong Phat case. Ly Yong Phat was unavailable for comment when contacted for this story. 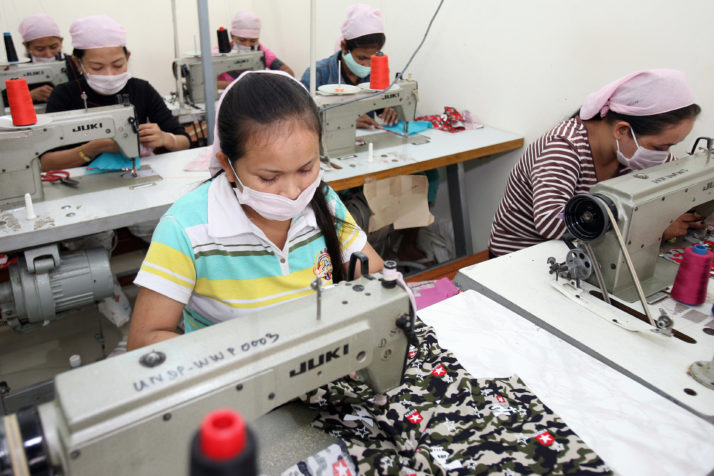 Cambodia has also been accused of using its EBA status to “launder” Chinese-made bicycles and Vietnamese-grown rice, angering European manufacturers and growers.

Italy, backed by France, Spain, Portugal, Hungary, Greece and Romania, has continuously argued in favor of a so-called safeguard clause that would allow the EU to impose trade barriers to protect domestic rice from cheaper Cambodian imports.

The benefits of EBA status are crucial to Hun Sen, not just economically but politically. Garment factories are one of the only sources of employment for the countrys youth, a growing demographic and one that tended to support the political opposition — until it was banned. In the absence of factory work, thousands of jobless young people would face the prospect of migrating to more prosperous countries in Asia, like Thailand or South Korea.

In an indication of just how important the countrys 700,000 garment workers are to his political future, Hun Sen declared last year that he would spend every Sunday, indefinitely, schmoozing with garment workers, taking selfies with them, and handing them envelopes of cash.

“A country like Cambodia that needs international support, you cant bite the hand that feeds you” — Ou Virak of Future Forum, a Phnom Penh-based think tank

EBAs importance to Cambodias economy is also reflected in the fact that, despite the prime ministers rhetoric, other government officials have sounded a more measured tone.

A few days after Hun Sens “piece of meat” speech in December 2017, a letter to him from his more low-key commerce minister was publicly leaked. Pan Sorasak noted that the loss of EBA preferences could cost Cambodia $676 million annually, based on the volume of exports to Europe in 2016. The document urged Hun Sen to lobby EU countries to retain the preferences, and implied that a sweeter tone might be helpful.

Heng Sour, a spokesman for the labor ministry, one of the government bodies that works most closely with garment factories, said Cambodia is grateful to Europe for the years of trade preferences that helped build its economy.

“We do sincerely thank EU for including Cambodia into the system so far,” he said.

From guerrilla to plutocrat

Hun Sen is a deft political dealmaker who has spent his three-decade rule consolidating political and military power in his own hands while daring foreign nations to do something about it — even as he relies heavily on them for aid and trade preferences.

It is a typical balancing act from a man who has proved a master of reinvention. He started his career as a member of the Khmer Rouge before defecting to communist Vietnam and helping oust his former overlords from power. More recently, he has transformed himself again, into a business-friendly plutocrat.

In this guise, he has maintained his position partly by neutralizing political threats. His critics say he offers patronage not only to his supporters, but also to potential rivals to discourage them from moving against him. 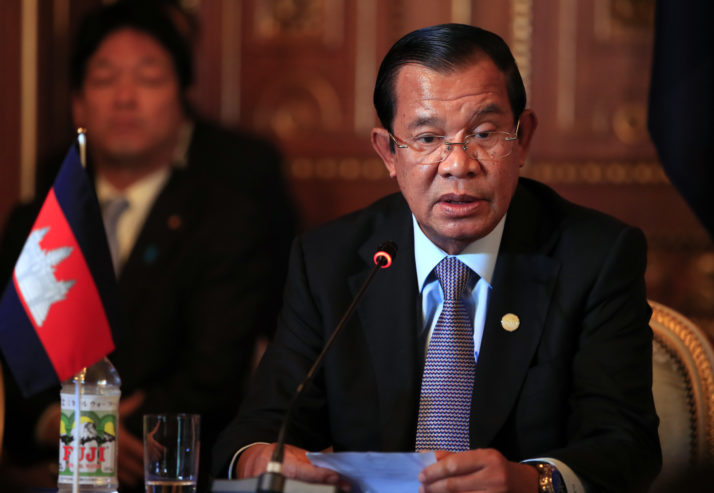 Ken Loo, the secretary-general of the Garment Manufacturers Association in Cambodia, the main trade organization representing the garment sector, said there is anxiety within the industry over the prospect of losing access to the critical trade preferences.

“We dont get ourselves involved in politics and we keep our focus on trade matters and leave politics to the politicians,” he said. “But it would be strange if the EU, as an external third party, wants to impose their will on an independent sovereign state like Cambodia when it comes to application or enforcement or upholding the law.”

Still, Hun Sens record on human rights issues such as land evictions and political prisoners has sapped his support, both domestically and internationally. And despite his growing willingness to thumb his nose at the West, he still needs somebody to buy what Cambodia is selling if he wants to wean his country off foreign aid.

“I think the government has been playing with fire for a long time,” said Virak of the Future Forum think tank. “A country like Cambodia that needs international support, you cant bite the hand that feeds you.”

Read this next: Putin says Washington bears a certain responsibility for Khashoggi 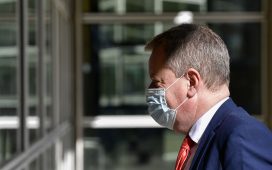