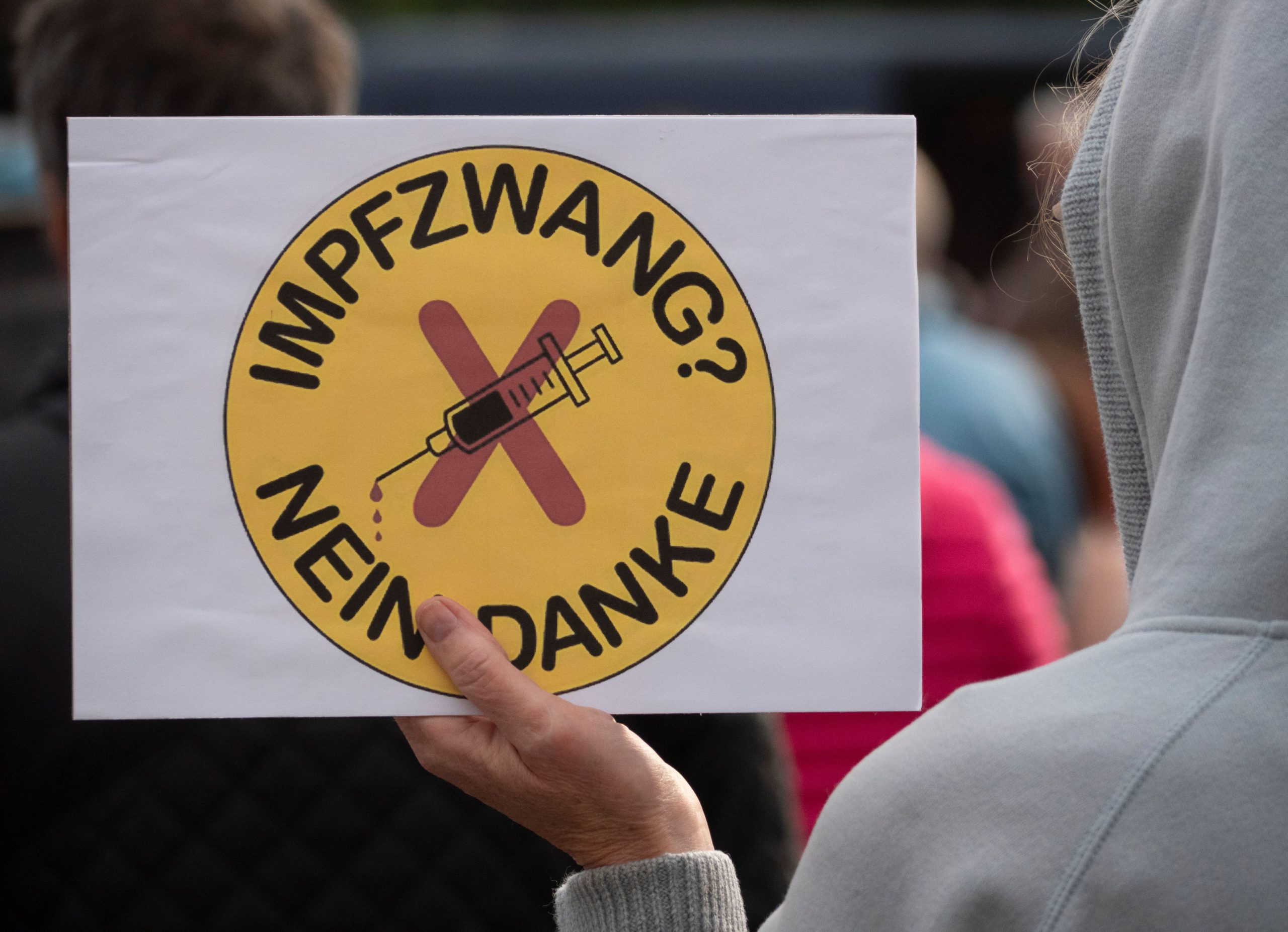 From Bill Gates to Angela Merkel, experts and political leaders think the only way to return to normal after the pandemic is to develop a vaccine and immunize billions of people against coronavirus.

But as the world races to develop a coronavirus vaccine, policymakers may struggle to convince people to get immunized.

Genuine fears about debunked vaccine side-effects and mistrust in leaders, experts and the drugs industry have fueled rejection of vaccines among many in Europe, which was the most vaccine-skeptic region in the world in a 2019 survey.

The preliminary results of a survey being run by the Vaccine Confidence Project — which monitors public trust in vaccination programs worldwide — and ORB International show that between mid-March and mid-April of this year, one fifth of Swiss respondents and 18 percent of those in France would refuse a coronavirus vaccine. Among Austrians, the number is 16 percent, and 9 percent in Germany.

While this may not be enough to block efforts to reach so-called herd immunity — estimated at 60 to 70 percent — European governments know only too well how vaccine skepticism can derail national vaccination plans, as recent controversies have shown.

On one hand, a vaccine has to come when the risk of infection is still high, but if it comes too soon, people may not trust that its safe.

That puts decision-makers in a Catch-22 situation.

On one hand, a vaccine has to come when the risk of infection is still high, but if it comes too soon, people may not trust that its safe.

German Health Minister Jens Spahn earlier this month rejected the idea that a future vaccine may be made mandatory in the country, saying a majority of people would want to get vaccinated as soon as it became available.

That does not include the worlds top-ranked tennis player Novak Djokovic, who opposes vaccination and said he would have to make a decision if traveling to tournaments becomes contingent on getting vaccinated, according to the Guardian.

When it comes to other peoples readiness for it, timing is of the essence, said Heidi Larson, director of the Vaccine Confidence Project.

“If they see there is still a threat — the second wave perhaps — theyre going to be more open to it,” she said. But if that appears to be waning, they may not want to take the risk of a new vaccine that we dont know enough about, she noted.

In the U.K., 7 percent of those surveyed — representative of the countrys population, according to Larson — said in mid-March they would refuse to be vaccinated against coronavirus. When the number of deaths rose two weeks later, that figure dropped to 5 percent. “Now that they see the numbers are coming down, it goes up to 9 percent saying they would refuse,” Larson said.

Marco Cavaleri, head of Biological Health Threats and Vaccines Strategy at the European Medicines Agency, is well aware of the dilemma facing decision-makers in rushing out a vaccine and making sure its safe.

“We have to be sure that this trade-off is not compromising the certainty that we need to have around the safety of the vaccine,” he told reporters Thursday. For that, the EUs drug regulator has to work with vaccine developers to understand what kind of evidence they can provide in the shortest possible time, while giving sufficient reassurance that these vaccines are safe and effective, he said.

Gates, WHO at the center of suspicions

But that will not be enough to convince Marie Werbrègue, president of the anti-vax group Info Vaccins France.

She would refuse and advise against any vaccine that is developed because “I know it would not work, that it would be dangerous and not tested at all,” she said, claiming that some vaccine trials skipped completing animal tests before being given to people.

Werbrègue doesnt believe the world is going through a pandemic.

“Its a type of flu, like the others,” she said, adding that numbers are manipulated to scare people for political and financial purposes. 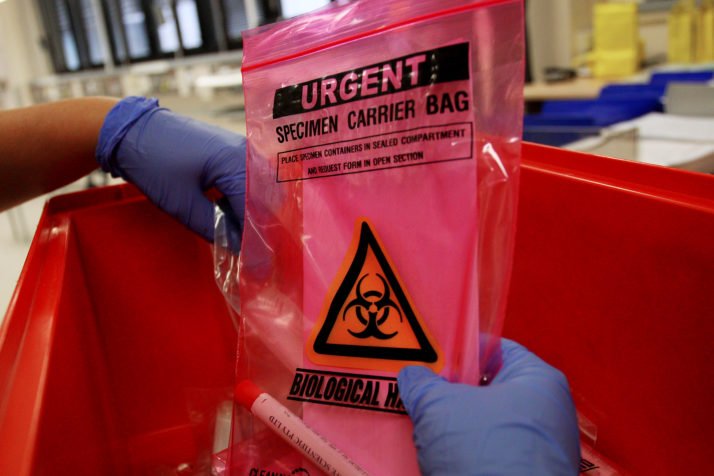 A specimen is prepared for clinical assessment | Maree Williams/Getty Images

Social media is rife with theories that international groups created the virus to get people vaccinated, implicating the World Health Organization and Bill Gates as the main suspects, given the substantial funding the latters foundation provides to the former.

“Its confounding when you see that out there,” Melinda Gates told POLITICO. “When theres more anxiety, and people have more time on their hands, they want to, you know, attack someone.”

People are more likely to latch onto conspiracy theories when times are uncertain “because they feed into a need of control and psychological certainty, and provide simple answers to complex questions,” said Sander van der Linden, a social psychologist at the University of Cambridge.

But David Salisbury, an associate fellow at Chatham Houses global health program, is not convinced these would deter people from getting vaccinated, because they understand the severity of the virus. 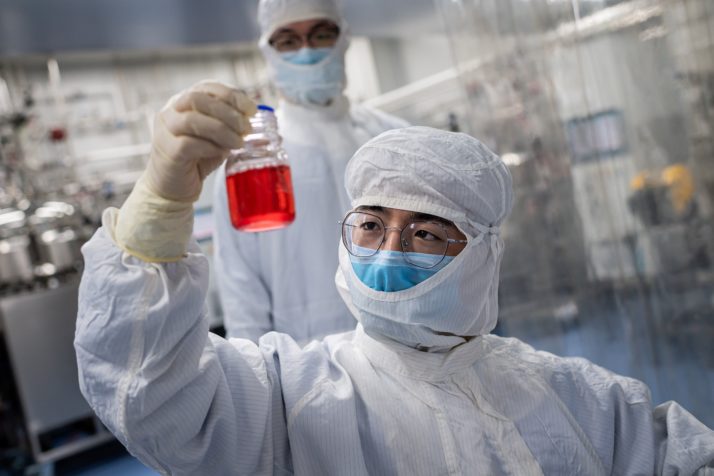 “If their perception of this virus is that it can kill them or make them extraordinarily ill, and the studies to date show the vaccine is safe, I think it would be a foolhardy choice to put yourself and your family at unnecessary risk,” he said.

But conspiracy theory experts are not so sure. Stephan Lewandowsky, a cognitive psychology professor at the University of Bristol, said there is a clear link between conspiracy theorists and anti-vaxxers.

“My best guess is that in Europe, most people will be delighted by the availability of the vaccine and will line up to get it so life can return to normal,” Lewandowsky said, but “we cannot be sure until the vaccination arrives on the scene.”

“Youre always going to have this kind of alternative thinkers at the edges, and we have them in general, with vaccines,” said Larson at the Vaccine Confidence Project.

But there are also many who dont believe in conspiracy theories, but have safety concerns and think the decisions about vaccination are top-down, without giving them a say in the matter. “Parents feel like they just want to ask some basic legitimate questions and, you know, theyre being either judged or shunned,” she said.

Larson has written a book – called “Stuck” — about the issue, expected to be published this summer.

“One of my points is that we dont have a misinformation problem, we have a relationship problem,” she said. Misinformation can be deleted, but the underlying distrust that has caused it remains, she said.

“There is no guarantee that the vaccine is safe and reliable, and the obligation is nRead More – Source
[contf]
[contfnew]