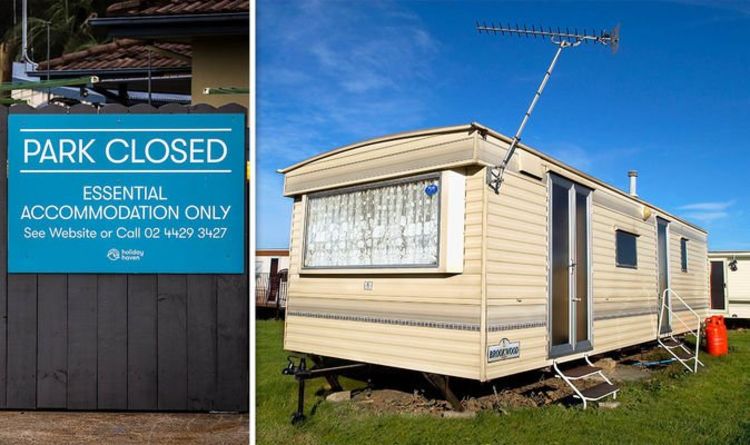 CARAVAN SITES and holiday parks have been closed since March, but now the weather is warming up Britons are hoping to escape for a staycation. When will these sites reopen?

Caravan sites and holiday parks in Britain have seen a surge in popularity in recent years as the trend for staycations amid Brexit rose. Britons have been confined to their homes since March 23, but now new lockdown easing guidance has provided insight into when certain sectors of normal life will reopen. So when are caravan sites and holiday parks likely to reopen?

The Government published a 50-page document earlier this month revealing the blueprint plan for easing coronavirus lockdown restrictions across the UK.

The rollout of these measures is expected to be undertaken in three distinct phases:

Phase two will come into effect at the earliest from June 1, and these measures include:

Phase three will begin at the earliest from July 1 and will involve:

During the first stage of lockdown from March 23 to May 10, travelling to other parts of England has been banned.

In fact, many important figures in the coronavirus response, including chief scientists, have been forced to resign from their roles after breaking these rules.

The following four specific and essential reasons were the only reasons one was permitted to leave their home:

When will caravan sites and holiday parks reopen?

It is unclear exactly when caravan sites and holiday parks will reopen.

People in England are now permitted to drive to other destinations for day trips.

The Government guidance reads: “People may drive to outdoor open spaces irrespective of distance, so long as they respect social distancing guidance while they are there because this does not involve contact with people outside your household.

“When travelling to outdoor spaces, it is important that people respect the rules in Scotland, Wales and Northern Ireland and do not travel to different parts of the UK where it would be inconsistent with guidance or regulations issued by the relevant devolved administration.”

The Government document makes no specific mention of camping.

However, experts have said the advice on camping has not changed and Britons are still advised not to travel to campsites at the moment.

In addition, the rules on travelling to second home have not changed and the Government guidance dictates leaving the place where you live to stay at another home is not permitted.

In England, you can travel to another county for exercise or for a day trip in an outdoor space, but you are not allowed to stay.

Caravan parks across England have begged Prime Minister Boris Johnson to be permitted to open on June 1 as they are in Wales.

Many park owners are concerned they will be banned from opening at all this year meaning a huge loss of tourist income.

The director-general of the British Holiday & Home Parks Association (BH&HPA) Ros Pritchard has written to the Prime Minister asking that the 2,000 parks represented by the association are able to open next month, not July.

The Government’s plans outline the hospitality industry, including hotels and resorts, may begin to reopen from July 4.

However, park owners have warned this is far too late, having been closed since the middle of March and missing out on the important spring and early summer season.

What do individual caravan sites and holiday parks say?

Away resorts: All parks are closed for the foreseeable future and no new bookings are being accepted until after July 3.

The Camping and Caravanning Club: All sites are closed for now but hopes to reopen campsites from July 4 as part of phase three.

Caravan Club: The company is planning to introduce a phased reopening of its sites network during July.

Flower of May: All parks are closed.

Haven: All sites are closed until July 5.

Hoeseasons: Are not accepting bookings for holidays arriving on or before June 30.

Holidaylettings.co.uk: The company is reviewing its policy for travel after July 1.

John Fowler Holidays: All parks are shut until July 5.

Lyons Holiday Parks: All parks are closed until at least June 19.

Parkdean Resorts: All parks are closed until July 5.

Park Holidays: Bookings can only be made online beginning after July 2.

Woolacombe Bay Holidays Parks: All our Parks are now closed to holiday guests and the company is currently planning to reopen on July 6.