Theresa May's negotiations have been hampered by the Irish border backstop which has been a massive talking point when it comes to the Brexit deal vote.

The border between Northern Ireland and the Republic of Ireland has been a key part of Brexit negotiations.

While preventing a hard border between the two countries were essential, negotiations failed time and time again over the complexity of the issue.

The backstop is one of the reasons why Mrs May could fail to get her deal through the Commons.

It has become clear MPs would vote down the deal, regardless of assurances the deal would deliver the results of the referendum. 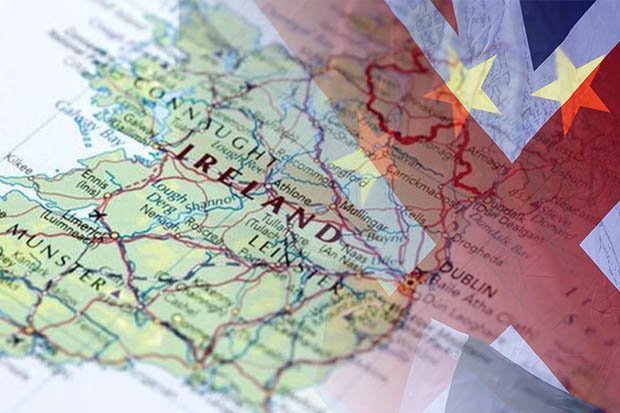 What is the Irish backstop?

Backstop is a term used to describe a safety net or insurance policy.

In simple terms, it is a mechanism put into place to make sure something bad doesnt happen.

In relation to Brexit, it is the debate of a potential hard border between Northern Ireland and the Republic of Ireland.

The backstop is in place to ensure that, no matter the outcome of Brexit, a hard border would not be put in place.

This means in the event the UK leaves the EU without an all-encompassing deal, there will be an open border on the island of Ireland.

Currently, goods and services are traded between the two parts with few restrictions.

This is because the UK and Ireland are both part of the EU single market and customs union.

After Brexit the two parts of Ireland could be in different customs and regulatory regimes – meaning products could be checked at the border.

But Britain's current stance on leaving the customs union and single market make this difficult.

Why is the backstop so tricky?

Neither the UK or the EU wants there to be a hard border between the two nations – but they cant seem to agree on a plan for how to achieve it.

There are two reasons for the complexity of the issue, which could be broken down into political and economic issues.

There are concerns a hard border could reignite the political violence of The Troubles.

The peace between Northern Ireland and Ireland came about when the 1998 Good Friday Agreement removed the security checkpoints between the two.

Before this the two countries had a long period of conflict since the 1920s – known as The Troubles.

There is also the worry creating a hard border would cut Northern Ireland off from the rest of the UK.

Regardless of whether or not there would be a hard border, there would still need to be checks in place for goods and services.

At the present time around 30,000 people are estimated to travel across the border each day for work.

Mrs Mays deal, announced on November 14, proposes when the transition period ends in December 2020, the EU and UK would create a single EU-UK customs territory, avoiding the needs for tariffs.

This means Northern Irish businesses would not face restrictions who placing products on the single market.

Most MPs seem to believe a Northern Ireland staying aligned to some rules of the EU single market doesnt comply with the referendum.

Goods coming into Northern Ireland from the rest of the UK would need to be checked to see if they meet EU standards – essentially creating a border between the two on the other side.

Another worry is that the UK would not be able to leave the backstop unilaterally – meaning the EU would need to approve it ending.

This could lead to the UK being required to follow EU rules for an indefinite period.