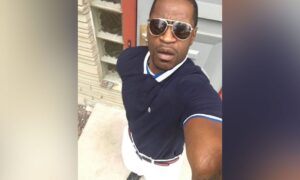 U.S. lawmakers have called for a federal investigation into the death of Mr. George Floyd, echoing the Presidents orders to the Department of Justice and FBI. Many lawmakers made public statements condemning the brutal death of Floyd and called on the DOJ to investigate the exact circumstances.

Sen. Mitt Romney (R-Utah) said that public outrage should fuel justice and bring about an end to racism.

“No Americans should fear enmity and harm from those sworn to protect us. The death of George Floyd must not be in vain: Our shock and outrage must grow into collective determination to extinguish forever such racist abuse,” Romney said Thursday.

House Majority Leader Steny Hoyer (D-Md.) in a statement said the actions of the police officer involved was not warranted by the circumstances presented in the video.

“It must be stopped, and those—whatever their profession, whatever their motivation—must be held accountable for actions unjustified by circumstances or fact. What happened to George Floyd in Minneapolis on Monday recalls the tragic deaths of so, so many others before. I call on the U.S. Department of Justice to open an investigation of Mr. Floyds killing immediately,” Hoyer said Wednesday.

The same day, one Minnesota Congressman praised the Minneapolis Police Chief for firing the police officers involved in the death of Floyd but he said an investigation must lead to rooting out the inequities in the criminal justice system.

Rep. Dean Phillips (D-Minn.), “I also join my colleagues in the federal delegation, led by Sen. Amy Klobuchar, in calling for a swift and exhaustive investigation at all levels of law enforcement—including at the federal level. Mr. Floyds family deserves justice. My hope is that by fully prosecuting this case in pursuit of that, we can also begin to seriously address the inequities in our criminal justice system and focus on saving lives, including the lives of black men who have suffered disproportionately under it for centuries.”

The congresswomen said while local investigations were in process, they wanted to see an “independent oversight of law enforcement at all levels.”

“We urge you to ensure that all evidence is quickly secured, including all video footage, and to aggressively pursue justice,” the lawmakers wrote.

“Mr. Floyds death appears to be yet another horrifying instance of excessive force leading to the death of African Americans across this country,” the lawmakers conRead More From Source
[contf]
[contfnew]